ORDER 2 AND SAVE - SHIPPING INCLUDED

Get two of one title or one of each. 1st book - 'Shooting The  Decades, the 1970s and 1980s' + 2nd book - 'Alternate Visions' — a total combined of 676 pages. Domestic shipping is included, but sales tax charges apply as required. 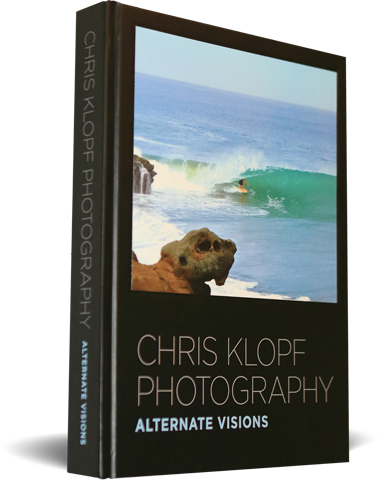 This book is a Bible for the retro-inspired experimenter. The traveler who still has faith in blind faith..

A long time ago, in a decade far, far away, the world was still mysterious, when surf forecasters couldn’t predict a swell the moment a leopard seal farted in Antarctica, when once-secret and sacred surf spots weren’t video-scanned every moment like a prison yard, and those images broadcast to a world too lazy to do the math, to take a chance and go look for themselves.

The cult of personality that infects surfing now wasn’t cool in the 70s. Surfers were just surfers. Most weren’t paid to surf, they just did it for the love, the physicality, the adventure.

What does that mean, the 70s vibe? The world was much larger, and not watched over from Alaska to Zanzibar with real-time surf video cameras. Leashes were controversial, and some thought leashes were for dogs - a surfer should know how to swim. Surfboards were evolving out of the shortboard revolution of  the late 1960s. There was a lot of wild experimentation -

These are the best and most stylish crew of this genre. Chris Klopf and his travel mates aren’t entirely Luddites when it comes to modern travel and surf forecasting technology, but they are more prone to camp out at a spot or in a country, rather than jump on a plane for a quick hit and get back before the wife or the boss notices.

Look closely at all these photos and think for a minute and you will see something missing: Crowds. Other surfers in the lineup, other surfers in the way - not so much. Although almost all of these photos were taken in the second decade of the 21st Century, they evoke a less crowded time, when surfers could still seek and find the perfect wave on the perfect day and be alone with the surf and their thoughts.

These pages are thoroughly modern and historic at the same time - a neat trick. These are modern surfers riding both experimental and new derivations of retro-inspired  equipment, making a crowded world look freer and easier.

This book is filled with the kinds of vivid images that make you want to drop everything and go: long left points, long right points, slabs, sandy beaches, rocky cliffs, tropical splendor and frigid nooks and crannies. There are beaches and points in here every bit as remote as Alaska or Mozambique. Spots that turn from shit to shinola when the tide, swell, wind and stars align. Warm offshore winds blowing out of the jungle, and the other side - Ice cold winds blowing out of snow-covered mountains, long hikes from the road and elephant seals bellowing on the beach. Chris Klopf knows these places well. Scenic coves, reefs and points that can go magic, but that need a combo of local knowledge and luck, which he has cultivated over the years and seems to have in spades. He documents an unforgettable, moveable feast of waves here, and an eclectic crew of experimenters on a kaleidoscopic quiver of boards.

Let Eric Clapton, Ginger Baker, Hendrix, Santana, Joe Cocker and that music of the late 60s/early 70s soundtrack these pages, as you flip through and lose yourself seemingly in a different time. Way back in the 20th Century, when surfers made their own boards, weren't too sure about leashes, and traveled freely and secretly in a world that wasn't exposed like an Amsterdam store-front trollop.

And when you're done: Go get some. It’s still out there 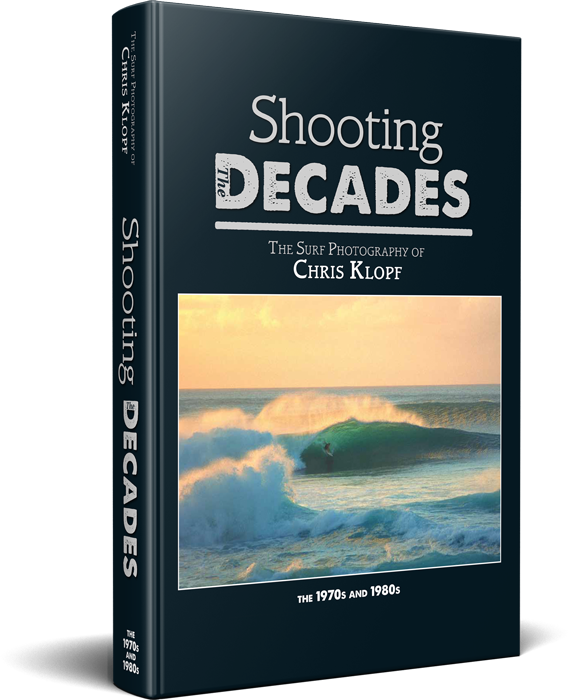 Each and every photographer has his or her own “eye” – a signature perspective that identifies their uniqueness. This is the sense of story (or lack of it) that comes through in a photograph. A shooter can have the finest of equipment, the latest gear, the biggest, fastest lenses, unlimited supplies of film (back in the day), and a bottomless travel budget, but… if the eye isn’t there – if the shooter can’t frame the image to tell the story – something’s missing.

Over the years we’ve seen Chris Klopf frame his moments and tell his stories. Off the beaten path, sharing the road with a moveable cast of characters, most of them in search of the same thing: perfect waves in beautiful places where the crowds had not yet arrived. During a time when the mainstream of surfing was so well documented and publicized, Chris’s photos describe an alternate and parallel surfing reality. While the contest coverage got better and better, and the sponsored photo trips opened one great new surf spot after the other, Chris’s images kept telling tales of simple magic and the appreciation of yet another perfect moment delivered up by the angels of circumstance. This is such a cool book of images – for all sorts of reasons, but especially because Chris’ images hit you with that same sense of fresh discovery as did those frst photos taken by Tom Blake. That feeling of, “Here it is! Look, I see it!” That’s magic.

Book orders only accepted within the USA (Hawaii and Alaska included)*
8.875% sales tax will be added for CA residents.